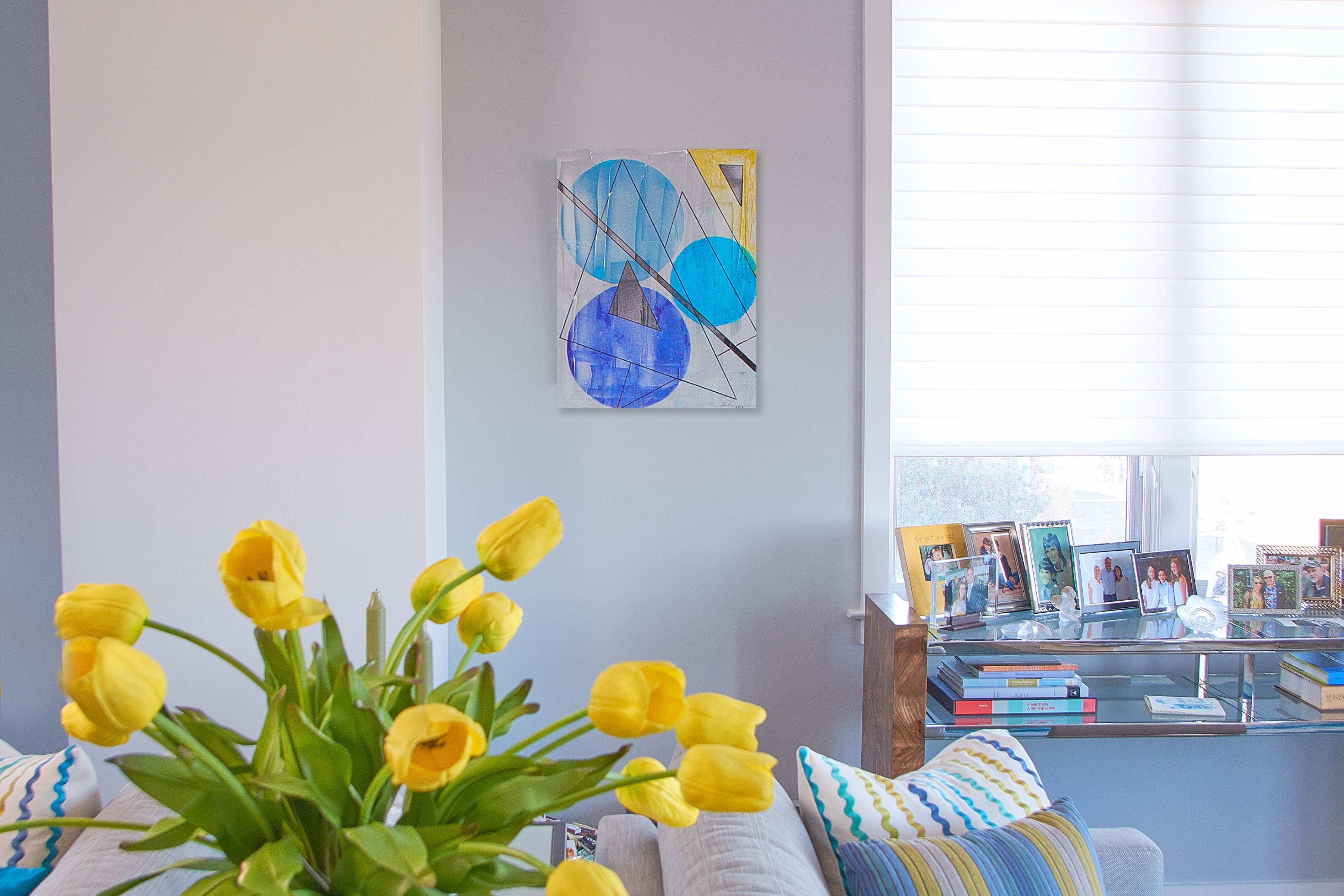 Howard Schoor is an artist who, at age 79, is busier than ever. He is a self-taught painter and mobile creator (done by his Art Assistant, Sue). Howard believes that he is the originator of the term Trianglist and the concept of Trianglism. He is fascinated by outsider art and the writings of author and historian Roger Cardinal. Howard’s “Trianglist” paintings are created using various mediums on canvas, especially acrylic paint, spackle-paste, and markers.

Howard Schoor’s interest in creating things has influenced his entire life. In his younger years, he worked professionally as a trained and licensed engineer who both founded and managed one of the country’s largest regional engineering firms from 1967 to 1992…unsurprisingly, many of his engineering projects involved use of triangles!

Howard always loved and appreciated art, first as a collector, and now as a new rising local artist.

May 2020 Art Donations went to the Tigger Foundation, the Calhoun School, and the Gaynor School

For behind the canvas access and all the news that is Howard Schoor and Trianglism, join our community.