Staten Island Advance – When it Comes to the Atlas Dinner, There’s Strength in Numbers 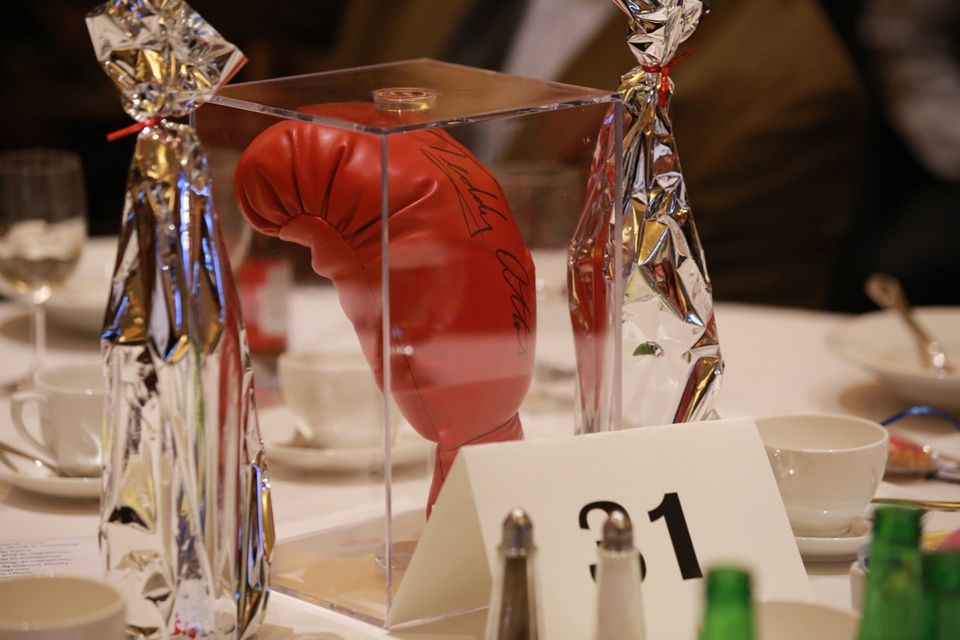 You won’t ever catch Teddy Atlas taking anything for granted.

He can’t. Not in the business he’s in.

The chairman of the Dr. Theodore A. Atlas Foundation hosted the 21st annual Teddy Dinner on Thursday night and, one by one, those in attendance started to make their way into the Nicotra Ballroom at the Hilton Garden Inn.

After all these years, you might think the Teddy Dinner, which has helped Atlas raise millions of dollars for his charitable organization, might lose some luster over time.

Atlas couldn’t help but marvel over the continued support the Atlas Foundation receives.

“When I call (people for help), if there’s a problem, they always come because they’re loyal and generous,” he added. “It amazes me. It humbles me. It shocks me.

“Every year I’ll ask, ‘are we going to run out?’ The answer is no, because there’s still work to do and there’s a lot of people making it happen.”

All the star power, for sure, adds up.

But there are other lesser-known names that have just as much of an impact on when it comes to making contributions to the highly touted dinner. Westerleigh native Howard Schoor, for instance, donated art work to the mega silent auction.

Well, he’s a 1956 graduate of Curtis High School who earned a Batchelor of Science in Civil Engineering Degree from Lafayette College in Easton, Pennsylvania. He worked as an engineer on the approach roads … no the Staten Island Expressway … to the Verrazano Bridge. The 78-year-old Schoor spends between 7-9 hours a day painting.

“(Schoor) knew George and they both had similar philanthropic values and as the curator to Howard Schoor Art, it was a natural fit for Howard to support the event that helps needy children in Staten Island,” said Edelman. “Howard felt donating a piece of art to raise money at a silent auction for his home town would help as well.”

“When someone needs something, Howard never hesitates to make a contribution in some aspect,” added Melanie Knoble of Knobelwoman Media Relations. “He was more than willing to help out in the town he grew up in.”

Atlas, meanwhile, talked about the importance of the donations no matter how big or small they may be.

“There’s a lot of generous people out there,” said Atlas. “It’s the power of humanity. If everyone chips in, it becomes a collective effort and that’s when good things happen.

“It’s stronger than any given left hook.”

For behind the canvas access and all the news that is Howard Schoor and join our community.